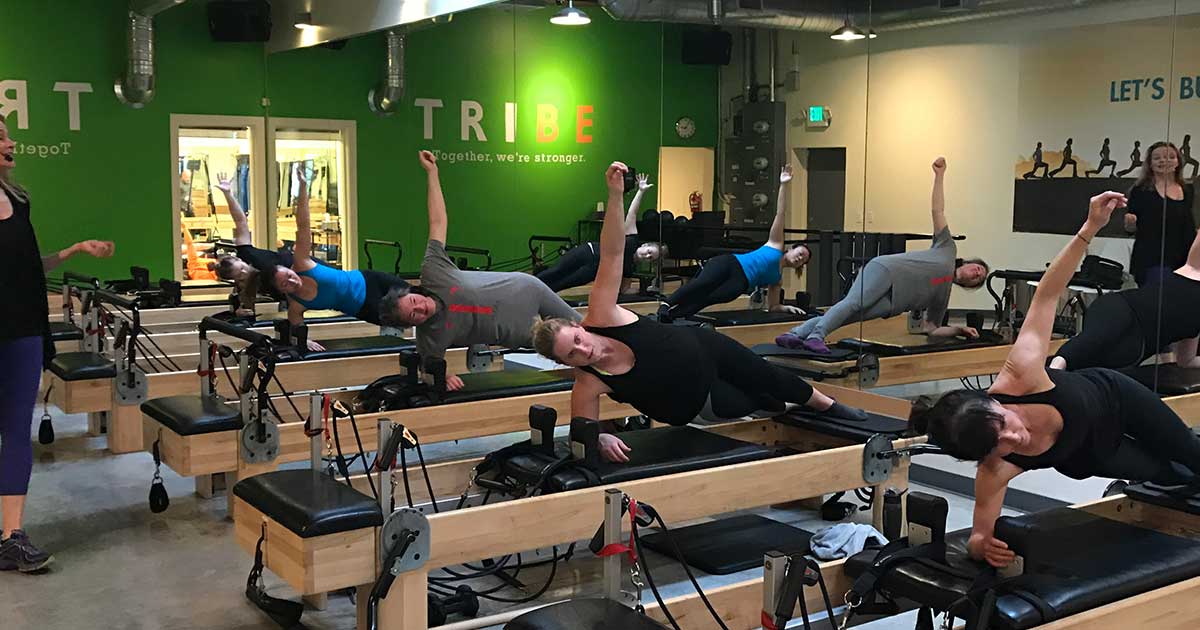 Imagine doing something your entire life. Now imagine changing careers in two days flat – that’s what Alan Brown, sole owner of TRIBE Fitness did, a mere year ago in the fall of 2016.

Already CEO and owner of a successful branding and design firm located in downtown Seattle, Alan wasn't looking to make a career change. Yet five years ago, Alan joined Lab5, a class-focused gym on Seattle's Capitol Hill that Alan soon found himself attending on a daily basis. Over the years, Alan noticed details he would change – a class here, maybe. A branding direction there. Perhaps a bit of an overhaul if he had his way. Finally, on a whim, he sent an inquiry to the current owners.

To his surprise, he got a response.

Two days later, an agreement was struck, and Alan found himself on the path to his second career. Now, a year after rebranding as TRIBE Fitness, Alan's gym is thriving. Its two studios boast multiple classes that are often booked far in advance. There's something for everyone – just not individually based workouts. Fitness offerings include pilates-based training to HIIT cardio, power barre, TRX and even aerial conditioning.

So how did he do it? And so quickly? Alan put his business smarts to work, starting from the top-down. He ensured that the happiness and health of the gym began with its instructors, employing director Amy, who Alan says “radiates positivity.”

From there, Alan's extensive years in the business world shone. The gym clearly benefits from Alan's marketing expertise; its logo, website and branding immediately setting the tone for a new direction. “We do all-company meetings,” explained Alan. “This is what a brand is; this is how we live our brand – everything we do: check in, teach our class, make music selections, greet our clients – it all reflects the brand.”

In addition to applying his current field of expertise, Alan embarked on learning many aspects of the business to which he was new, including selecting user-friendly app tech for his gym and of course, choosing where to bank. Why did he choose to become a BECU Business Member?

“Our philosophy is simpatico with you guys,” Alan said. “Of course, it was also super easy to open our accounts and get everything set up at BECU. But it's also more than that – BECU has people who are local; I'm local, too. I feel like we're aligned that way. It just makes sense."

The spirit of giving is strong with BECU and also with TRIBE, as, in just one year, the fitness studio has partnered with worthy causes including neighborhood sponsorships, Breast Cancer Awareness Month and a big fundraiser for Stolen Youth.

So. What hasn't Alan done in the past year? “I'm not sure!” Alan laughs. “I feel incredibly fulfilled. I never imagined I'd be in a position where I can physically witness watching people come in and help them transform, see them transform in their energy level and how they feel about themselves. This is so different than changing a brand – it's building people up and helping them succeed. It just doesn't get better.”

If that's the next thing, then sign us up.