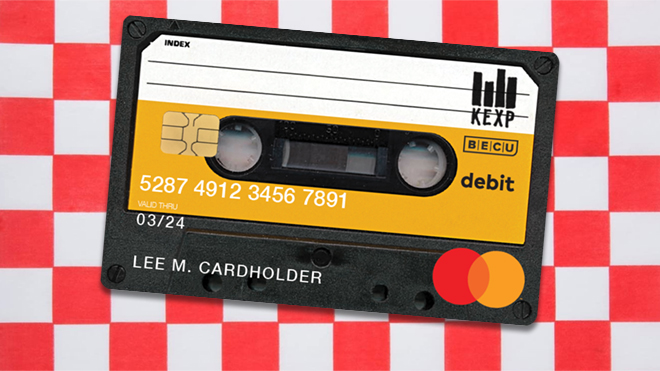 One cent donated to KEXP on every purchase.

As a listener-powered radio station and a member-owned credit union, KEXP and BECU are proof that great things happen when we work together. To celebrate KEXP's 50th anniversary, these longtime collaborators have teamed up again to bring you Live at KEXP Volume 10. This double album, spanning decades of live recordings, celebrates the countless contributors and endless collaboration that powers our community and makes music possible.

Unbound by genre, Live at KEXP Volume 10 piles on decades of independent radio to craft one delicious double album. No matter how you slice it—this is a sandwich with something for everyone.

To celebrate their 50th anniversary, we've teamed up with KEXP to bring listeners a highly-anticipated double album, packed with decades of live recordings. And now, Live at KEXP Volume 10 will be pressed on vinyl for a limited release.

While you can currently listen to the music on Bandcamp, we're donating physical copies of the album to independent record stores throughout Washington, with all proceeds from vinyl sales going directly to the stores.

Light In The Attic Record Shop

What happens when a member-owned credit union joins forces with listener-powered radio? A debit card that looks like a mixtape and lets members support a listener-powered music community: Every time a purchase is made using the KEXP debit card, BECU donates one cent directly to KEXP.

Must be within BECU's field of membership and be eligible to open Member Share, Member Advantage, or Early Saver savings account to establish membership, and also a checking account. Not everyone will qualify.